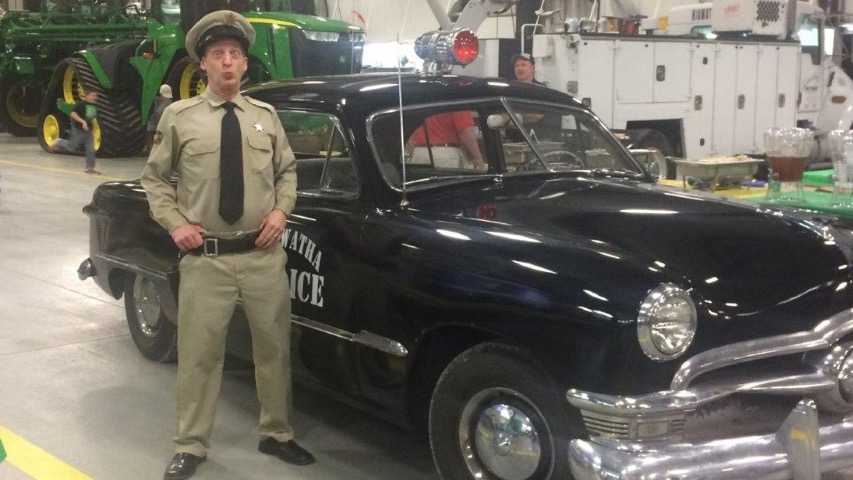 Growing up I had the privilege of helping my father out on his Tobacco farm in Lexington, Ky. When that was slow,  I took care of the grounds on Dan Issel’s Thoroughbred farm “Cortland”. On both farms John Deere had a hefty presence. So, it was a great feeling to share some laughs and a little “patrolling” with Hiawatha Implement  in Mound City, MO and Hiawatha, KS recently. “Recently, I had the honor of performing for the customers of Hiawatha Implement in KS & MO.

Here is what they had to say about my show, “It’s Funny Now”:

“Rik Roberts was very professional, but also personable. He is a fun guy off stage, too. His Barney imitation was a hit and entering the audience area in an old Cop car let everyone know he arrived. During his stage performance, many folks laughed non-stop. He was a HIT. Later in the show, Rik started some audience participation which was hilarious. We were very well pleased and would recommend Rik for very clean comedy.”