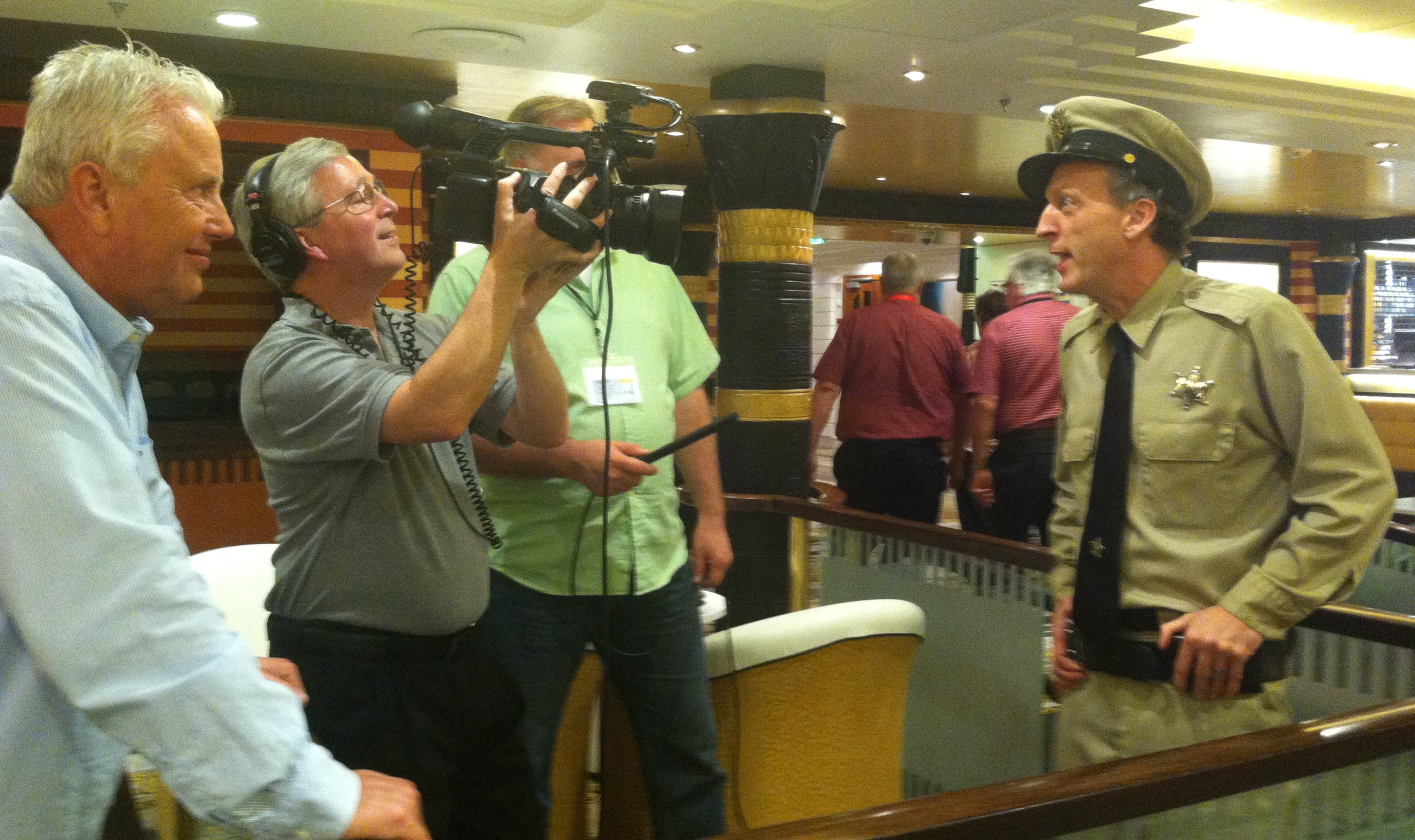 The hosts Rodney Miller and Jann Carl are a great pair and they took a chance on having me be part of their “family” for a week. I got to perform a one hour comedy show and patrolled several times as “Barney Fife”. It was just a blast.

This group was on a VINTAGE TRACTOR cruise and my audience was primarily farmers with a huge affection for International Harvester. They were 140 strong and the nicest people you have ever met.

Also performing on the cruise for this private group was Annie & the Orphans as well as Penny Gilley (Mickey’s second cousin). Great music and fun times.

Just wanted to let everyone know they should check out the tv show. It airs on the RFD-TV NETWORK and is growing in Syndication across the country. Look them up!