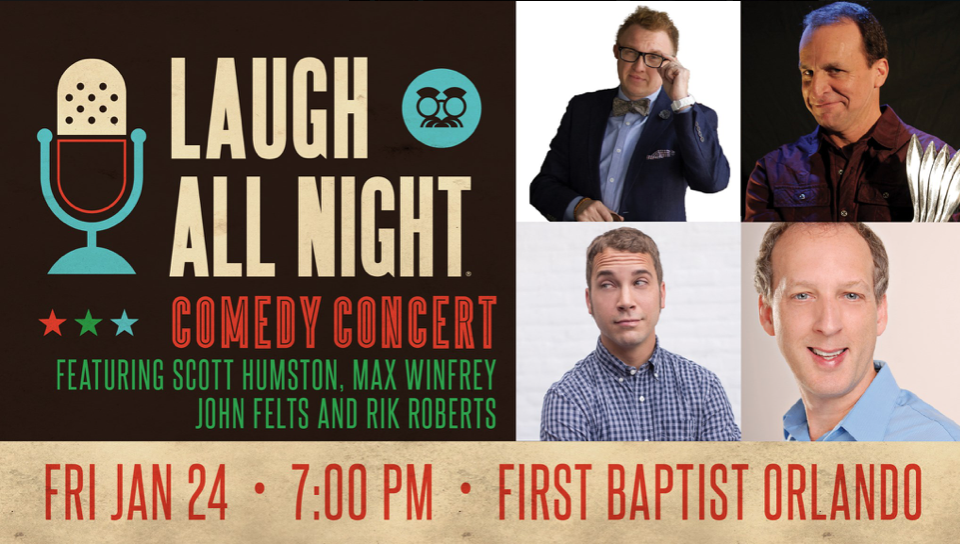 Rik joins a cast of clean and funny comics for a big night of laughs.

The Laugh All Night comedy concert is coming to Orlando, FL to film a live clean comedy special!

Join the excitement of what’s going to be an hilarious night of comedy.

Laugh All Night is a comedy concert for the all ages. Join us for a night of clean comedy you won’t forget with Scott Humston, Max Winfrey, John Felts, and Rik Roberts. This all-star line-up of comedians have been featured on America’s Got Talent, Sirius XM Radio, and Dry Bar Comedy.  Don’t miss your family’s chance to attend this one night only event.

Save your seat HERE